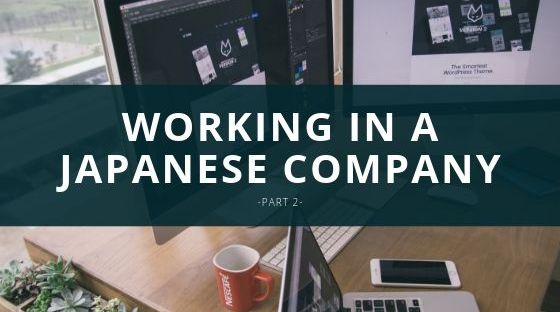 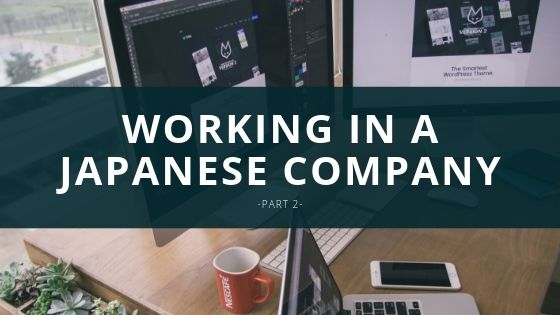 After completing my second month at my job here in Osaka, Japan and I’m back with more thoughts and observations about working in a Japanese company. I apologize in advance if it is a little bit harsh,  but I am going through a bit of a  “cultural shock” phase right now. Since I have just starting working at this company and I am still in the process of learning and figuring out my way of working as a foreigner in Japan. With that being said, let’s dive right in!

Last time I left you all I had just completed my first month of work and I did still not understand much at all about what my job entailed. In the past month, there have been many ups and downs, I learned a lot, and the person who was training me left the company. I feel a bit more empowered now that I am completely responsible for the job and no one is looking over my shoulder, but it’s also hard because I don’t know anything about what was going on in the company prior to starting in December.

There are a couple of new things that I have observed:

“Hanko” 「ハンコ」or “Inkan” 「印鑑」is everything in a Japanese company. This is your “signature” and is a stamp that you have to stamp on everything that you send inside and outside of the company, but is mostly used for matters concerning money, but also for matters that need approval. They aren’t just used in companies, but for banks or anything requiring a signature. In my company, there are at least 2-3 or sometimes more on each document that I send out, one from my boss and then another from the head boss and sometimes the accountant.

The purpose of a Hanko is checking documents for any errors before being sent out. This is the purpose, but personally I think that it really isn’t the case at all, at least from my experience. The head person in the office doesn’t know the day-to-day work of each employee, so why should he have to look at all the documents and just stamp it for the sake of stamping it? For this, I think there are too many checks before sending a document out and the process takes too long. Often I find papers sitting on my desk for close to a day because I have to get the head boss to stamp them when he is hardly in the office. I think this Japanese culture of “checking” I would like to delve into more at a later date, but for now this is one part of this “checking” culture.

“Dame” 「ダメ」and “wakaru?” 「分かる？」are used constantly. “Dame” translates into “No” or “Don’t” and “Wakaru?” translates to “Understand?” This wasn’t just in this company, but when I did an internship and even on the streets from random strangers, I would hear the same thing. I personally don’t like these two phrases because I feel like a child when they are used to me. I know it is a cultural difference and that they even do it to other Japanese people, but it seems to be in particular to my fellow co-worker and I who are foreigners. It is almost like we are children because our first language isn’t Japanese. I was also surprised because my perception of Japanese people is that they are too scared to speak up, but that isn’t the case. I get told “Dame” for anything from “don’t take your cellphone into the bathroom” to “don’t sit down” when I was at a trade show.  At my internship in the summer, they didn’t sugarcoat anything and just told me no and no, over and over again until I got it right. It’s very similar to my company now, but at least they take the time and explain things better to me than my internship did.

That’s it! I hope you enjoyed and learned something from this. Please keep in mind that this is soley based off of my personal experiences.

Please let me know what you think in the comments! Is this different from your own home country?

*This post was edited July 2019 to fix grammar and context

8 thoughts on “Working in a Japanese Company – Part 2”

This site uses Akismet to reduce spam. Learn how your comment data is processed.